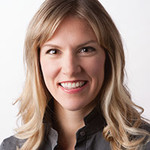 Lynn is chief executive officer and co-founder of Sunrun (Nasdaq: RUN), the nation’s largest dedicated provider of residential solar, storage and energy services in the United States. With Sunrun co-founder Ed Fenster, Lynn invented the business model "solar as a service" that unlocked consumer demand for clean, affordable energy direct from residential rooftops. Today with more than $3 billion in installed solar systems across 22 states and the District of Columbia, Sunrun is revolutionizing how consumers get electricity. Before Sunrun, Lynn worked at Summit Partners, where as one of few female venture capitalists, she completed investments with an aggregate market value of over $900 million in the financial services and technology sectors. Lynn was named one of Fast Company’s Most Creative People in Business in 2013 and Forbes’ Women to Watch in 2015. Lynn earned her BS in Science, Technology and Society and MBA from Stanford University. In her free time, Lynn brings her competitive spirit to the tennis court and nurtures her appreciation of nature with long walks. As a new mom, she also loves spending time with her daughter and husband. 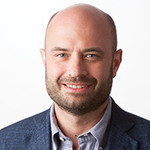 Ed co-founded Sunrun to make solar affordable for American families. He oversees capital raising and legislative and regulatory affairs. Under his leadership, Sunrun has enjoyed uninterrupted access to project finance throughout its history. Ed has worked to shape public and industry policy with the goal of building a sustainable solar industry. Before Sunrun, Ed served as Director of Corporate Development at Asurion Corporation. He also worked at The Blackstone Group, completing more than $10 billion in private equity and M&A transactions. Ed is a 2010 Ernst & Young Entrepreneur of the Year award winner with Lynn Jurich, a member of the Pew Center on Global Climate Change, and serves as an Advisory Partner to Millennium Technology Value Partners. Disrupting the energy industry comes naturally to Ed - when Ed's preschool teacher asked him what his favorite thing was, he replied, "Electricity!" 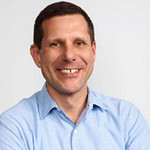 Bob focuses on developing and executing strategies to grow Sunrun’s long-term value and competitiveness. He comes to Sunrun with more than 15 years of financial and operating experience as a CFO and COO at high-growth Silicon Valley technology companies. Bob most recently served as CFO of Flurry, Inc. (acquired by Yahoo! in 2014), a mobile application analytics and data-powered advertising platform. Prior to joining Flurry, Inc., Bob held CFO roles at Ticketfly, Linden Lab, Solexel, Tellme Networks and XOR. Bob also serves as a member of the Board of Trustees of the University of Oregon Foundation. 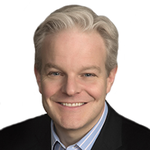 Chris serves as Sunrun’s Chief Operating Officer and leads sales, commercial, operations and lead generation teams, as well as the wholesale and solar mounting solutions business. Chris brings best-in-class experience in sales and operational efficiency to Sunrun with over 25 years of experience working in consumer-facing companies. Chris spent the majority of his career with Bombardier Recreational Products Inc., a leading powersports vehicle manufacturer. At BRP, he held various executive roles in strategy and marketing, was then appointed Vice President and General Manager of BRP’s International division and subsequently Vice President and General Manager of Global Sales and Consumer Experience. In this latter role, Mr. Dawson was responsible for the company’s largest division with direct operations in 21 countries and distribution in over 100 countries through more than 2,500 dealers and distributors. Mr. Dawson left BRP in 2015 to join California-based start-up Icon Aircraft as COO and thereafter was a co-founder and partner of a management consulting firm. 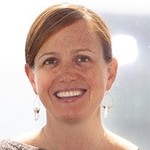 Jeanna oversees legal affairs at Sunrun. She joined Sunrun in March 2015, serving as Sunrun’s Head of Litigation and later Vice President and Deputy General Counsel where she managed Sunrun’s litigation matters and advised on consumer protection, compliance and employee relations. Prior to joining Sunrun, Jeanna was an attorney at Wilson Sonsini Goodrich & Rosati where she focused on all aspects of labor and employment law. Jeanna is a member of California’s Pay Equity Task Force, a diversity advocate, and a regular speaker on pay equity. She is also an advocate for marine conservation, a fiddle player and singer, and serves on the Board of the Giffords Law Center to Prevent Gun Violence.